What is a Disregarded Entity?

A Disregarded Entity refers to a business entity owned by one person but is separate from its owner for liability purposes.

Sole proprietorships and partnerships are not disregarded entities because the business does not exist as a separate entity from the owner.

Corporations are generally not disregarded for tax purposes. Corporations have liability protection, but if they choose to be taxed as a C Corporation, they also pay taxes on business income.  The profits of the business are taxed and any remaining money can be distributed to the owners as dividends which is taxed again. This is commonly known as double taxation.

Single owner corporations that make a special tax election with the Internal Revenue Service (IRS) for federal tax purposes, known as the S corporation election, can be disregarded entities as well. An S corp is a closely held corporation that elects to be taxed under Subchapter S of Chapter 1 of the Internal Revenue Code. As an S corp, all of the business income and losses are passed to their shareholders and the corporation as has no income or losses itself.

Limited Liability Companies are legal entities created under state laws, so its liability isn’t affected by its tax status.

One exception is that in states with community property laws where a spouse is also listed as a joint owner, the LLC may still qualify as a disregarded entity instead of a partnership.

When there is more than one member in an LLC, better known as a multi-member LLC, it can either be a partnership or elect to be taxed as a domestic corporation or S-corp. A multi-member LLC can claim eligible business deductions and expenses before passing the remaining income and subsequent taxation to their owners (avoiding the double taxation of the C corp).

To sum this section up, a disregarded entity can only be either a single-member LLC or an S corporation.

Why use a disregarded entity?

Having an LLC be a disregarded entity makes year-end taxes less complicated since there isn’t a separate entity tax filing.  Instead, the income of the company is passed through to the owner’s income tax return.  Additionally, there is no double taxation as business income is taxed at the corporate level, and distributions are taxed as personal income, potentially providing lower taxes.

Though the IRS does not require an LLC to have an Employer Identification Number (EIN) unless it has employees or pays excise tax, the company may still need an EIN to open a bank account or meet state regulations.

When filing for income tax, the owner of an SMLLC that is treated as a disregarded entity will typically use the owner’s Social Security number on all returns and forms related to income tax, unless the LLC has employees.

Learn how to apply for an Employer Identification Number here.

Can an LLC’s with employees be a disregarded entity?

Yes.  As long as only one person owns the LLC, having employees doesn’t change the disregarded entity status.  A single-member LLC with employees is still treated by the IRS as a separate entity when it comes to employment tax and certain excise taxes. Since 2009, a single-member LLC must use its name and Employer Identification Number to report and pay employment taxes.

How are disregarded entities taxed?

Disregarded entities are taxed the same way as sole proprietors which include:

As a disregarded entity, business income, expenses, and profits are reported on the Schedule C tax form, which is filed at the end of the year on IRS Form 1040.

There are two ways for an LLC to be taxed as a corporation.

Regardless of how an LLC is taxed, the legal protection offered by an LLC is unchanged. The LLC protects the owner’s personal assets from the debts and obligations of the company as long as the business owner maintains an account of business income and expenses separate from personal accounts. Any personal assets used as collateral for business loans are not protected.

A single-member LLC can elect to change its tax classification to be treated as a corporation, even if the actual business structure remains the same. The addition of another member for the LLC will also result in changing the tax treatment from sole proprietorship to partnership. Tax repercussions from changing the tax status can be complicated, depending on the company’s specific situation, making the advice of an accountant highly valuable.

When should an LLC be taxed as a corporation?

Remember that everyone’s personal situation and business needs will be different, so be sure to talk with a professional before making a decision!

Setting up Bookkeeping for Your First Business

Do I Have to Charge Sales Tax at a Craft Fair?

How To Apply For An EIN Without A SSN

What Is Pass-Through Taxation

How Long Does It Take To Get An EIN? 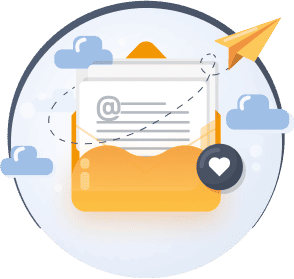 ASK US A QUESTION

Rules and regulations for starting a business change frequently. While we do our best to keep this information fully up-to-date, its very difficult to stay on top of the changes for every state. Also, this site is for informational purposes only and does not provide legal or tax advice.