Our work is reader-supported, meaning that we may earn a commission from the products and services mentioned.

What is a Reasonable Salary for an S Corporation?

There are many options for organizing your small business when you’re first starting out, but electing S Corporation status may help save money on taxes. This article will explore how.

Let’s start with defining an S Corporation and how it is taxed. An S Corporation, Subchapter S Corporation, or S Corp, is a corporation or Limited Liability Company that elects to pass corporate income, losses, deductions, and credits through to their shareholders for federal tax purposes. In order to elect S Corp status, you need to file IRS Form 2553 and qualify by meeting requirements including being a domestic corporation, having 100 or fewer shareholders that are individuals or some types of trusts and estates, have only one class of stock, and not be an ineligible corporation. (1)

The concept of the income or loss passing through means that the owners can share the income/loss of the S Corp in the form of distributions, like how a general partnership would share it among partners.

Tax Advantages of an S Corp

A major tax benefit of S Corps is that the shareholder-employees do not have to pay self-employment tax (15.3% of earnings) on all of the company’s net profits.  The net profits of sole proprietorships and partnerships are subject to self-employment taxes. Electing to be taxed as an s-corp means that any shareholder distributions that aren’t salary are not charged the self-employment tax. Another big tax benefit of electing S Corp status is avoiding double-taxation that corporations face. Double-taxation occurs because the entity pays tax on business income, and the corporation’s shareholders pay tax on their dividends.

Of course, as savvy as you are an S Corp owner, the Internal Revenue Service isn’t prepared to let you off the hook by minimizing compensation in favor of distributions to reduce payroll taxes. The caveat to not paying self-employment tax on the distributions is that if the owners provide any kind of service to the company, they must receive “reasonable compensation” in the form of wages/salaries as an employee. These wages are subject to employment tax, which will be discussed shortly.

The Intricacies of Reasonable Compensation

The IRS does not specifically define what “reasonable compensation” is, but there are factors that the courts have used in previous cases to determine what a reasonable salary should be.

The following factors are a few factors the IRS uses when evaluating reasonable owner income:

Also, the total amount of reasonable compensation is not just the annual salary paid.  It also includes health insurance premiums and HSA contributions.

You might try to get away with paying less self-employment tax for the corporate officers by taking a low salary and higher distributions, but let’s say you are an S-corp shareholder and you act as a CFO to guide the company’s financial operations. If you take a salary of $10,000, you or I could not say that it is “reasonable compensation” for a CFO. According to some of the IRS guidelines above, they could not either.

There have been many cases tried in Tax Court for unreasonable shareholder salaries. An example is a 2012 case, David E. Watson, PC vs. U.S. A shareholder of an S Corp, who was a CPA of a tax accounting firm, received wages of $24,000 per year and dividend distributions of nearly $200,000 per year in 2002 and 2003. The case went to trial, and the government expert testified that the value of Mr. Watson’s services to the firm was $91,044 per year. The Tax Court concluded that any reasonable person in Watson’s role would be expected to earn far more than he was paying himself and rendered a tax deficiency judgment against the firm, which included unpaid employment taxes, penalties, and interest.

The basic idea here is that salary should never be less than distributions. This ratio obviously doesn’t apply in every situation, but it can be a useful rule of thumb in some cases.

Another court case determined that a shareholder should not be paid a lower salary than other less-experienced employees in the business. There can be exceptions, most notably is when there aren’t sufficient profits or cash to pay the owners an appropriate salary.

In J.D. & Associates,Jeffrey Dahl is a Certified Public Accountant and the sole shareholder of his business. He paid himself a low salary, ranging from $19,000 to $30,000 while taking roughly $50,000 in distributions. Besides being inadequate in comparison to his experience and duties, the court noted that his employees who were performing administrative work were paid a higher salary than Mr. Dahl.

In short, don’t try to sneak one by the IRS, unless you want to risk an IRS audit.

Under Section 3401(c) of the Internal Revenue Code, an employee is typically defined to include any officer of a corporation. Almost all S Corporation owners are, to at least some degree, actively engaged in running their corporation, and very frequently fulfill the role of an officer. In some circumstances, when shareholders who are also officers of a corporation, but only provide minor services to the business are not considered employees of the corporation. The key point to consider is they are not entitled to receive direct or indirect compensation.

Using Comparable Salaries to Back Up Your Salary Figures

Your best bet to avoid trouble with the IRS and pay S Corporation shareholders who provide services reasonable compensation is to simply do your research. There are several employment websites that collect data on salaries for jobs in specific markets, such as Salaries.com, Glassdoor.com, and PayScale.com. You can also research salaries depending on years of experience, advanced degrees, and industry since there can be wide swings in salaries based on those factors.

Reporting Distributions and Salaries on Taxes

We now know that the S corporation owners (who provide services to the company) receive both a salary and distributions. The salary is compensation for their work, and the distributions are a share of the company’s profits. How are they reported on taxes?

The S Corp as an entity needs to file a Form 1120S for its annual U.S. Income tax return. Schedule K on Form 1120S shows the taxable income information. Each owner’s “distributive share,” or the distributions of the company’s income, is shown on their Schedule K-1, which is filed with their personal tax return.

Salaries, however, are subject to FICA (Federal Insurance Contributions Act) and FUTA (Federal Unemployment Tax Act), which are federal payroll taxes. For FICA, the taxes deducted from each paycheck are 6.2% of gross wages for Social Security tax and 1.45% of gross wages for Medicare tax, and the employer (or the S Corp), is responsible for matching it, for a total of 15.3%. The S Corp’s portion of FICA taxes are reported quarterly using Form 941 – Employer’s Quarterly Federal Tax Return. For FUTA, the S Corp pays 0.6% (if the state is eligible for a credit) of the first $7,000 of wages paid to employees in a calendar year. FUTA is reported annually on Form 940 – Employer’s Annual Federal Unemployment Tax. (4)

Keeping up with employment taxes is a job in itself, especially as the number of employees in your company grows. Thankfully, there are payroll services to help streamline the process. A payroll service, such as Gusto or Zenefits, will use employees’ wages to “calculate gross wages, subtract all pertinent withholdings and deductions, print checks, make direct deposits, and prepare all employment tax filings.” (5)

Small businesses can be incredibly costly for a new business owner. Now that you understand how S Corps are taxed, you can evaluate whether the tax benefits of electing S Corp status could be helpful for you in your small business endeavors. 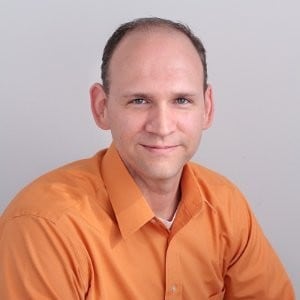 Welcome! My name is Greg Bouhl, and I have over 21 years as an entrepreneur, educator, and business advisor, where I worked with over 1,600 entrepreneurs to help them start and grow their businesses.

As a small business advisor, I got fed up with clients finding inaccurate and outdated information when they were researching how to start a business online, so I launched StartingYourBusiness.com to be a trusted resource.

I'm constantly adding and revising this site, but if there is a question you have about starting a business or need help finding something, please ask!

I am thinking about selling items i make at craft shows. What do i need to do with the state of Iowa to begin doing that?

Can you own a business while on disability?

If a Building Appraisal is Higher Than the Purchase Price, Can I Borrow Against the Higher Appraised Value?

Do I Need a State Tax ID if I have an EIN?

How To Register For A DBA

How Many Owners Can an LLC Have?

How to Write an Effective Business Plan Executive Summary

What is the Title for an Owner of an LLC?

Rules and regulations for starting a business change frequently. While we do our best to keep this information fully up-to-date, remember this site is for informational purposes only and does not provide legal or tax advice.

ASK US A QUESTION

Rules and regulations for starting a business change frequently. While we do our best to keep this information fully up-to-date, its very difficult to stay on top of the changes for every state. Also, this site is for informational purposes only and does not provide legal or tax advice.